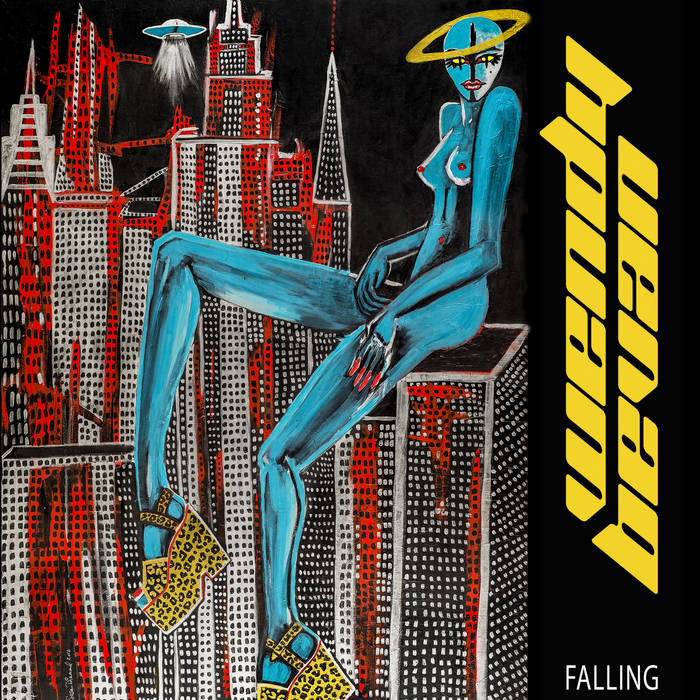 Wendy Bevan is a British Photographer, Musician & Singer, who combines a surreal and theatrical approach to her work. She has developed a unique cinematic world and style of her own making. Wendy’s free spirit and personality as an artist in the most authentic sense enables her to freewheel between genres. She believes in creating a universal language and balance in the crossover of disciplines. Her vivid and dramatic imagination reveals her immense creative, surreal energy as a story teller, conjuring an alternative, ethereal universe.

For over a decade Bevan’s surreal, theatrical photographic works have been presented and published by leading international fashion publications including LOVE, i-D, POP magazine,10, Harpers Bazaar, Vogue Italia and Marie-Claire Italia, Financial Times How To Spend It, Harpers Bazaar, Hunger Magazine. Known for her distinctive signature Polaroid work explores the identity and complexities of womanhood against a backdrop of the modern archetypical feminine identity unapologetically breaking away from the mainstream, her work welcomes in the femme fatale and celebrates the theatricality of elegance. Bevan often uses fashion as costume and the photograph as an extension of the stage. The platform this offered allowed Wendy created a vast body of notably iconic photographic work. She has taken portraits of female icons such as Debbie Harry and Tilda Swinton.

Bevan has exhibited and performed throughout the UK, Europe and internationally across various prestigious platforms, galleries and venues including the ICA, David Roberts Art Foundation, Toynbee Studios, Arts Admin, The Hackney Empire and music festivals such as Latitude, Wilderness and Secret Garden Party. Also live art performance festivals such as SPILL Festival of Performance, The Edinburgh Festival and making appearances in innovative immersive site specific venues as a performer with UK theatre company Punchdrunk.

As a singer, Wendy has collaborated and worked with music producers including Paul Simm (Neneh Cherry/Amy Winehouse) Howie B (Bjork/Tricky) and Marc Collin (Nouvelle Vague), Matthew Halsall and The Gondwana Orchestra. And as a Violinist, the Balanescu Quartet and the experimental sound artist and producer, Christos Fanaras (Acid Witch Mountain/ Elephant House). In 2015 Saints Don’t Sleep, her EP produced by Richard Frenneaux (Red Light Company/Laura Welsh) was released. Complimented by an exhibition of Wendy’s photographic work and music video accompanying her new songs. The full project was launched at the IMPOSSIBLE Project Space in Paris.

Several of Wendy’s songs have been synched with feature films including Hanging on the Wire (2015) on ‘Anti-Social’ the Brit gangster movie directed by Reg Traviss and the Pacitti Company feature film, On Landguard Point scored by Michael Nyman in 2012 which featured her song Starless Night (Co-Written by David McAlmont).

Love From the Moon, her single released on Unknown Pleasures Records in February 2016, rise to number one in the European Alternative Charts, paving the way for the success of her recent EP release entitled 'Sweet Dedication'. The ethereal, electronic EP coxes us down the darkly-lit corridors of her universe to the throb of the synth, featuring two tracks from Wendy’s debut album Rose and Thorn produced by Marc Collin. The cold-wave, minimalist synth album in the wake of heroes like Suicide and Kas Product, mainly recorded on a Jupiter 8 and vintage drum machines, featuring live strings arranged and performed by the Balanescu Quartet. The backdrop of minimalist post-punk basslines throb under Wendy’s dark vocals, accompanied by glimmers of needling synths and reverb-laden electronic organ, coming together to create a oeuvre that sits somewhere between Siouxsie Sioux and the dramatic mini-symphonies of Brooklyn’s Wood Kid. The album will take possession of your soul without you noticing.

We are proud to present this wo beautiful new single of Wendy Bevan accompanied by two exclusive remixes produced by HANTE. (France) and VOGUE.NOIR (UK). "Falling" was produced, mixed and mastered by Robert Harder (producer of David Byrne & Brian Eno, Neneh Cherry, Babyshambles and Whitey). Artwork created by Susan Diamond.