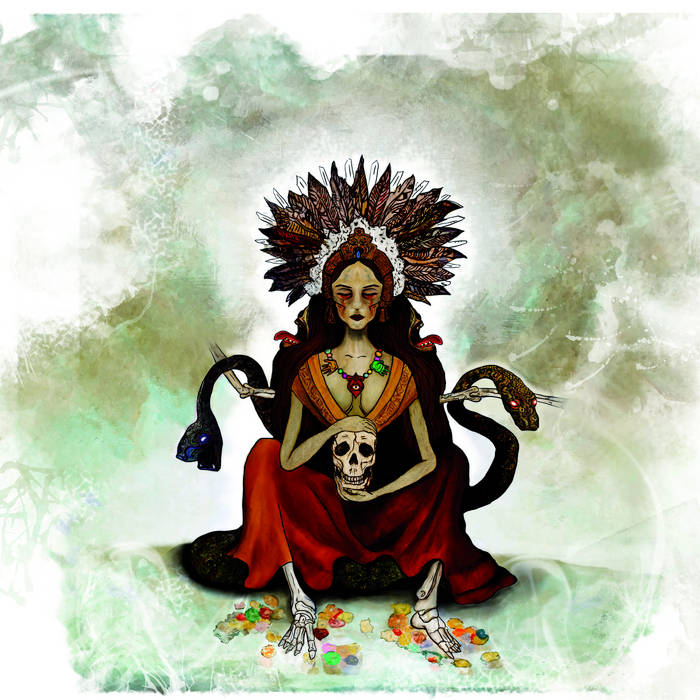 The song’s lyrics are inspired by Dave Eggers’ novel ‘The Circle’ and the video by scenes from the film ‘The Wicker Man’, such as the procession and the sect, relating to the novel in a different way, transposing hi-tech dystopia into an ancient ritual.
Based in the central Italian city of Terni, Japan Suicide is a five-piece comprised of Stefano Bellerba (vocals, guitar), Leonardo Mori (synth), Matteo Luciani (bass), Saverio Paiella (guitar), and Daniele Cruccolini(drums).
Formed in 2010, they united over their love of Joy Division, The Cure, Nine Inch Nails, and Depeche Mode.

New album ‘Santa Sangre’ was inspired by Alejandro Jodorowsky’s movie and Roberto Bolaño’s novel ‘2666’, all the while moving from echoes of British post-punk to a sound replete with more psychedelic and shoegaze textures,” says Stefano Bellerba. “This is a delicate, but necessary step for us: we tried to matche quality of our previous album ‘We Die in Such a Place’, while also adding new sounds from our past works in order to achieve a condensed powerful opera and, at the same time, a sound that is capable of achieving different listening levels.”